Welcome to our new interim board member Jake!

Hello members and friends,
The MNCC recently held an exhaustive global search for a new, interim board member to replace the recently departed Matt Hainley. Matt had to step away due to time demands from his day job and the soon-to-arrive little climber he and his happy wife are expecting. We greatly appreciate all the hard work he put in helping get the Co-op up and running! Don't worry, Matt will still stop in to climb when he has time and he promised to bring the new young'un along.
We are happy to announce that after interviewing several candidates Jake Ingman has agreed to step in as an interim member of the board of directors! Jake is a freelance designer living in St. Paul and you may have seen him pulling down with his crew on Wednesday nights (he's the one with the inspiring facial hair). We sat down recently to get the lowdown on what makes Jake tick;
So Jake, describe yourself, what you do, and who you are?
I freelance from my home in Saint Paul, designing and building things for the internet. I live with my wife, Anne, and our Border Collie, Judy. I enjoy coffee, beer, and meat. I'm @jingman on Twitter.
How long have you been climbing?
I started climbing at Iowa State in 2001 when they built a wall in one of the racquetball courts. When I moved to Saint Paul in 2006, I started climbing at VE with Matt, Joel, Logan, Scott, and Tokyo. Almost immediately, we called it the "Climbing Club (CC)" and made attendance mandatory two nights a week.
Why did you join the co-op?
We (the CC) were really tired of having to climb around/over kids at VE. When we heard about the co-op, and who was behind it, we were all interested in climbing at a place where would have more ownership (and influence). When early-access passes were made available (and before there was even a wall to climb on), CC met over burgers and beer, and the decision was unanimous - we would join the co-op. Zero regrets.
Your beard; awesome or awesome?
When I wake up, I have only two goals for the day:
Any climbing or personal goals for 2012?
I just want to climb as hard/strong as I can, and encourage my friends and fellow co-op members to do the same. I have far too much enthusiasm for me alone, so I like having people to cheer for. I think being a member of the board will give me more opportunities to do the same.
Ginger or Mary Ann?
Mary Ann, every time.
There you have it. Next time you see Jake introduce yourself and let him know your ideas for making the Co-op even better! 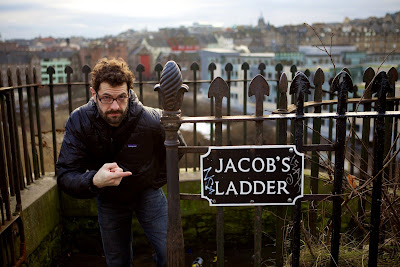 There are lots of opportunities for volunteers at the MNCC from serving on the board to setting routes to hosting open hours for the public. Send an email to volunteer@mnclimbingcoop to find out how you can help support your co-op!
Posted by Pierce at 5:16 PM No comments: 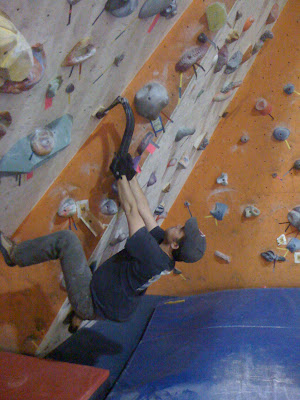 That's right, the rumors are true. It's mixed climbing season at the Co-op. There are a couple training circuits up with more to follow in the next month. Before you pull your tools out there are a few rules you need to know,

The first open drytool night will be this Friday November 18th with regular nights scheduled after that. We also hope to add some clinics on training and basic movement for those who are interested. If you have any questions or just want to try it out contact me at drytooling@mnclimbingcoop.com. Hope to see you there!

Posted by Pierce at 2:34 PM No comments: